If you have been to Japan or  even a Japanese restaurant in your country, you have probably tried edamame beans. Usually it’s just boiled with salt and it’s perfect snack for beer. 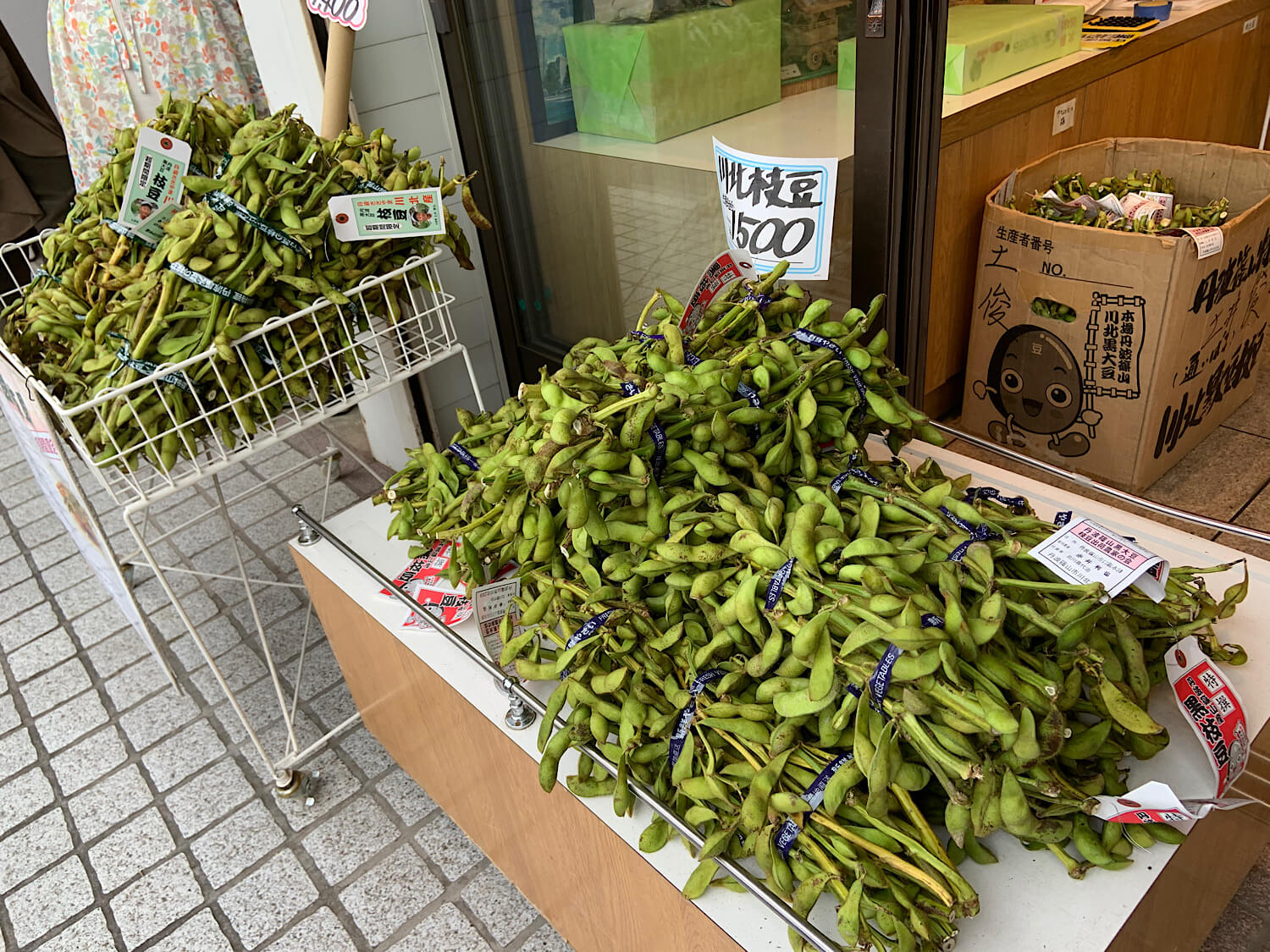 Edamame itself is cultivated almost anywhere in Japan, but there is a special edamame called Kuromame.

Kuromame literally means a black bean and we Japanese people like to eat it simmered with sugar, especially on New Year’s Day.

Actually the beans are green when they are younger around October, and after that they get darker and sweeter.

Kuromame is called the king of edamame as it’s bigger and more tasty than normal edamame.

So people around Kansai area like to get Kuromame in October. Surely it’s possible to get it online but it’s a nice idea to enjoy a short trip to the town.

Tamba-Sasayama is located in the middle of Hyogo prefecture closer to Kyoto prefecture.

If you drive there, it takes about 1 hour and half from Osaka city.

In case of public transportation, catch a JR express called Konotori (which means a stork as the northern Hyogo area is famous for the birds) from Osaka to Sasayamaguchi station, which takes about 1 hour and from there are some buses going to the city center (about 15 minutes). 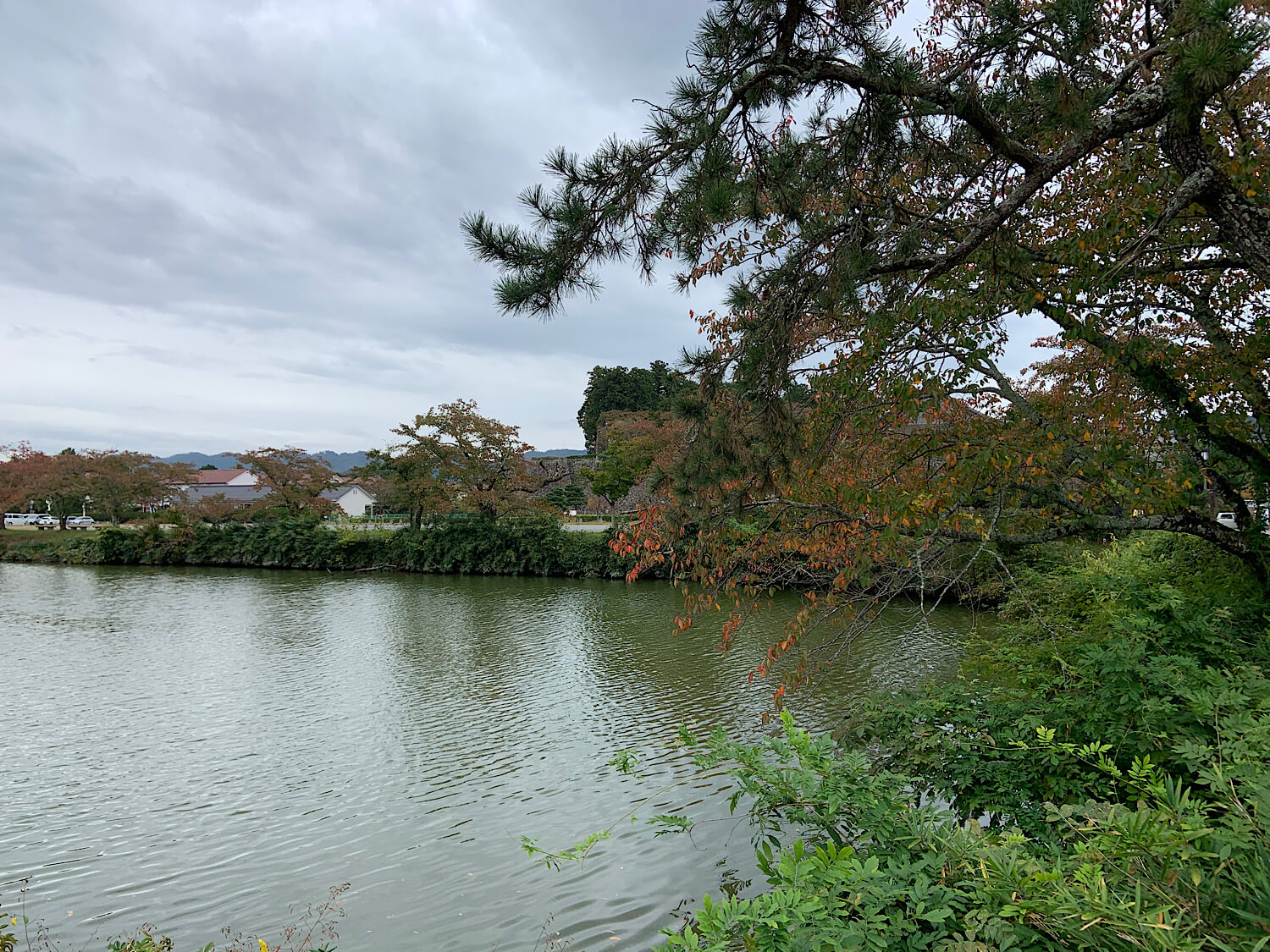 Where and when to find Kuromame ?

Actually the black beans are sold in many places in the town, such as shops on the main street and stalls just beside the kuromame field. Every year they set a date to start selling the beans because they would like to keep the quality of the beans, and it’s basically around the 1st week of October. The season lasts about 1 month, depending on each year as it gets influenced by the weather of the year, so if you visit there around the middle of October, you have a big chance to find Kuromame sold in the town. 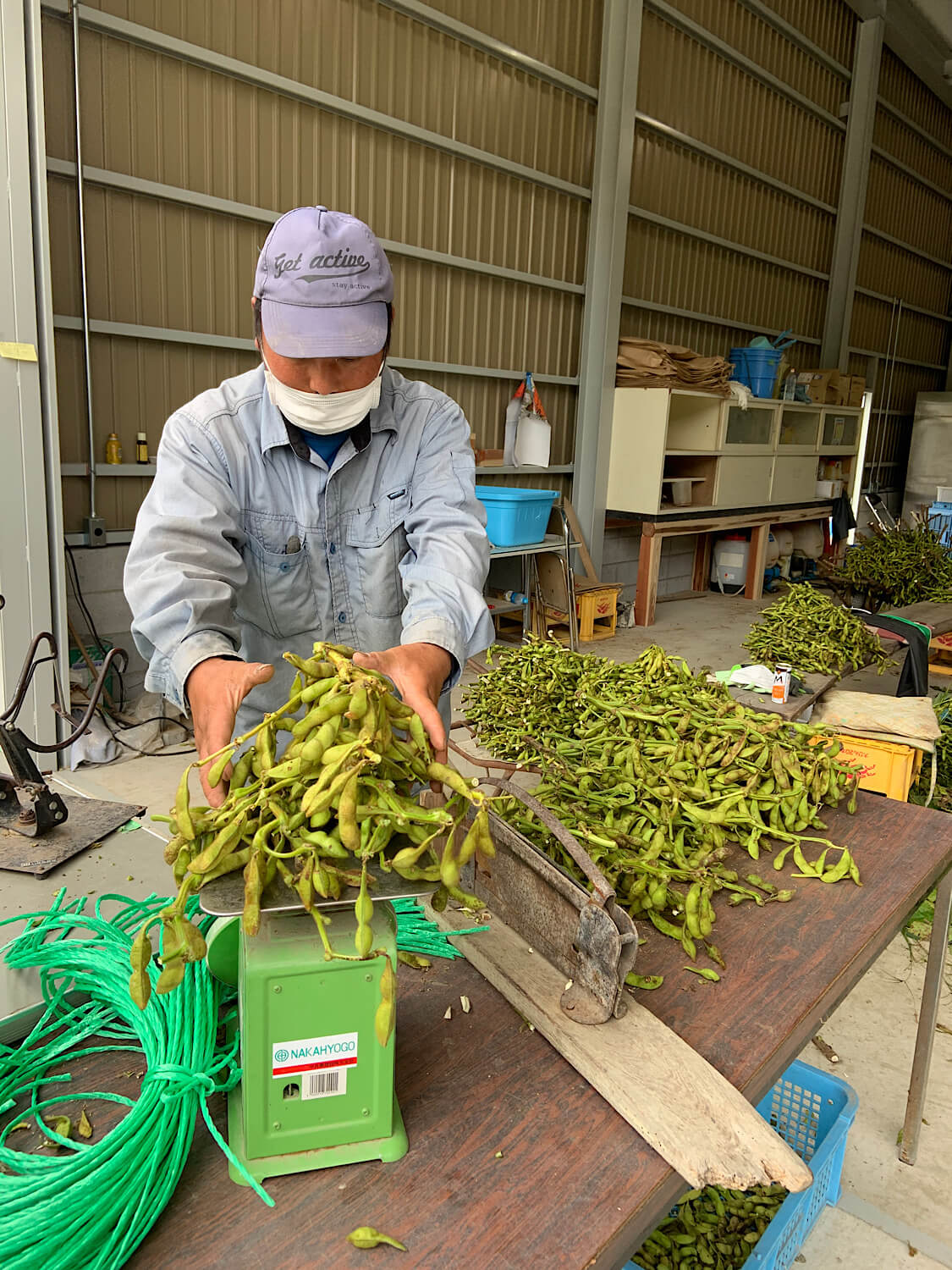 What else to do in the town ? 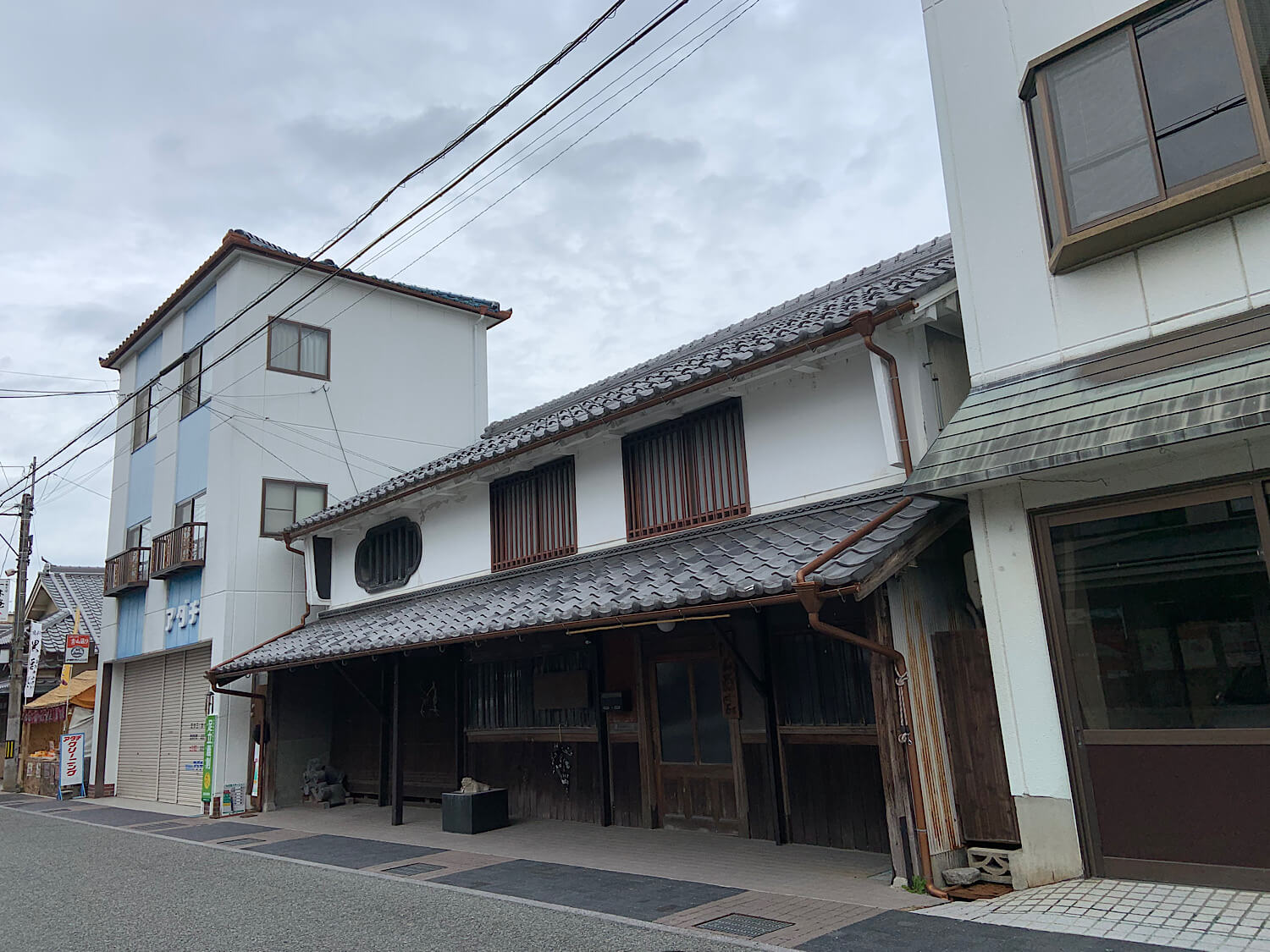 It’s nice to walk in the town as there are still some traditional town atmosphere left especially in the center. You can find local products such as tea, kuromame sweets, beer and pottery etc. Also museums of pottery and sake are also located in the center of the town. 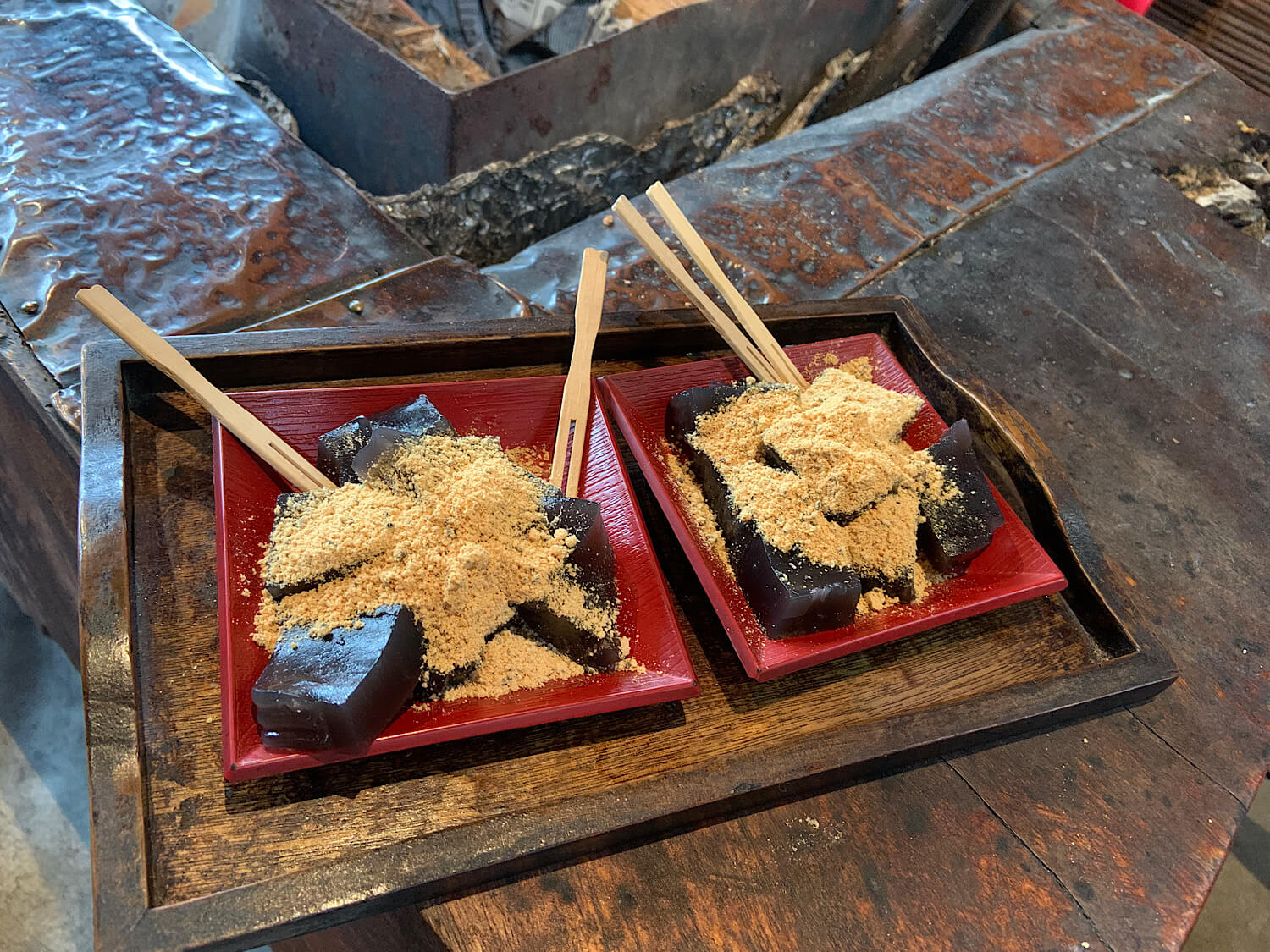 Tamba-Sasayama is also famous for chestnuts, which are much bigger than ones you see in other areas. There are some chestnuts shops and the one just steamed is really tasty with soft and fluffy texture. Chestnuts are also seasonal food in October so you should try both Kuromame and chestnuts there !

The castle was founded in early 17th century but unfortunately burned down in 1944. The current palace you can see was restored in 2000 and you can enjoy the beautiful architecture and historical exhibitions there. The castle is in the center of the town and you can walk there from the main street. 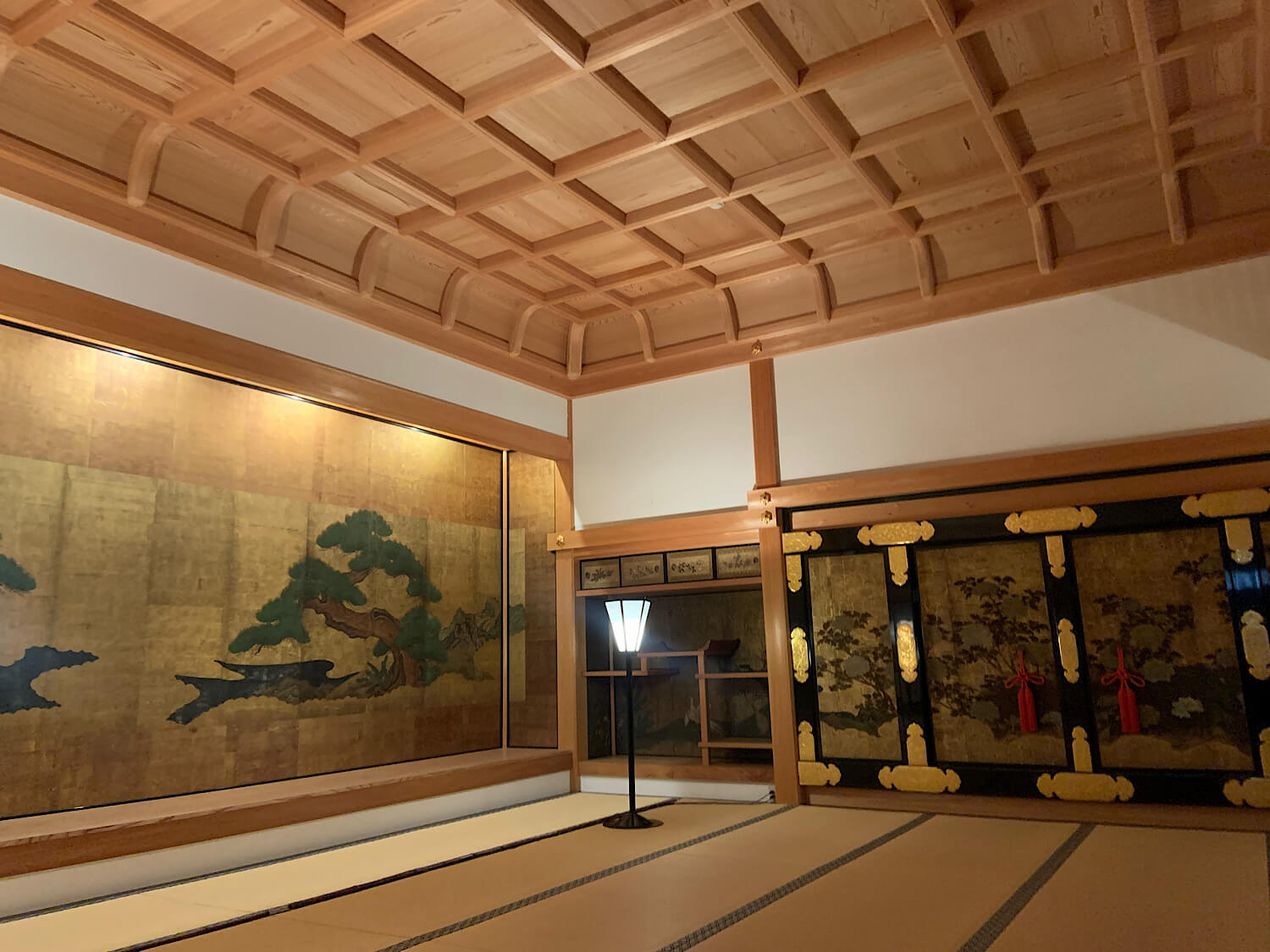 How to cook kuromame / edamame ?

Many of the Kuromame sold at the town can be still attached to the branch and in that case you need to remove them from the branch first.

→ Cut the top part of the beans so that salt can be soaked easily when boiling.

→ Rub some salt into the beans

→ Boil the beans. Add 1 tablespoon of salt into 1 L water.

3~5 minutes are enough for smaller edamame but kuromame  beans which are larger should be boiled around 7 minutes, depending on how soft or hard texture you prefer. 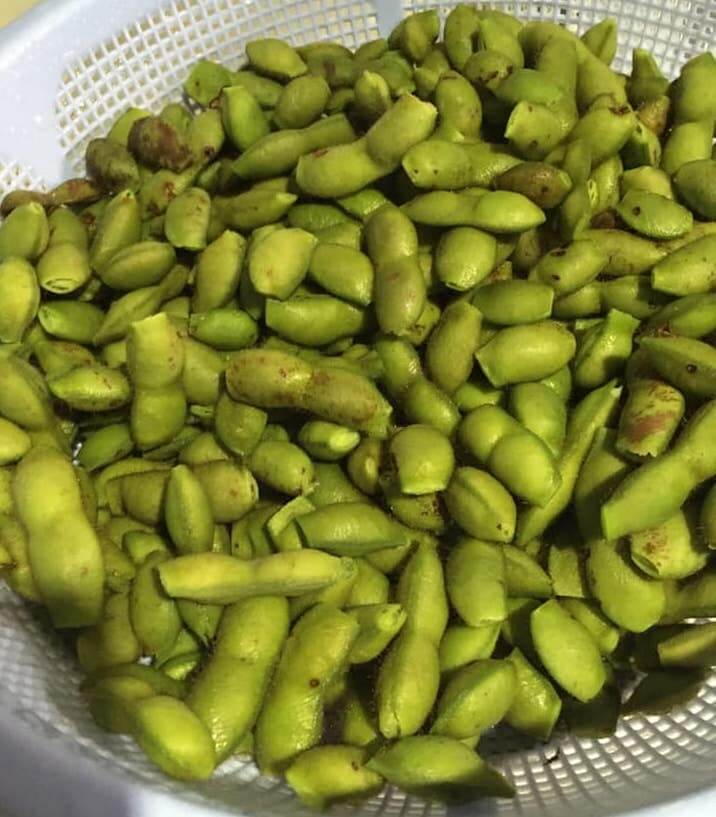 Definitely, don’t forget beer if you love to drink !

This website uses cookies to improve your experience while you navigate through the website. Out of these cookies, the cookies that are categorized as necessary are stored on your browser as they are essential for the working of basic functionalities of the website. We also use third-party cookies that help us analyze and understand how you use this website. These cookies will be stored in your browser only with your consent. You also have the option to opt-out of these cookies. But opting out of some of these cookies may have an effect on your browsing experience.
Necessary 常に有効
Necessary cookies are absolutely essential for the website to function properly. This category only includes cookies that ensures basic functionalities and security features of the website. These cookies do not store any personal information.
Non-necessary
Any cookies that may not be particularly necessary for the website to function and is used specifically to collect user personal data via analytics, ads, other embedded contents are termed as non-necessary cookies. It is mandatory to procure user consent prior to running these cookies on your website.
保存して同意