When you travel in Japan, you have some occasions to see a statue of tanuki, a raccoon dog, one at the entrance of  a store, another in a Japanese garden and here and there …. 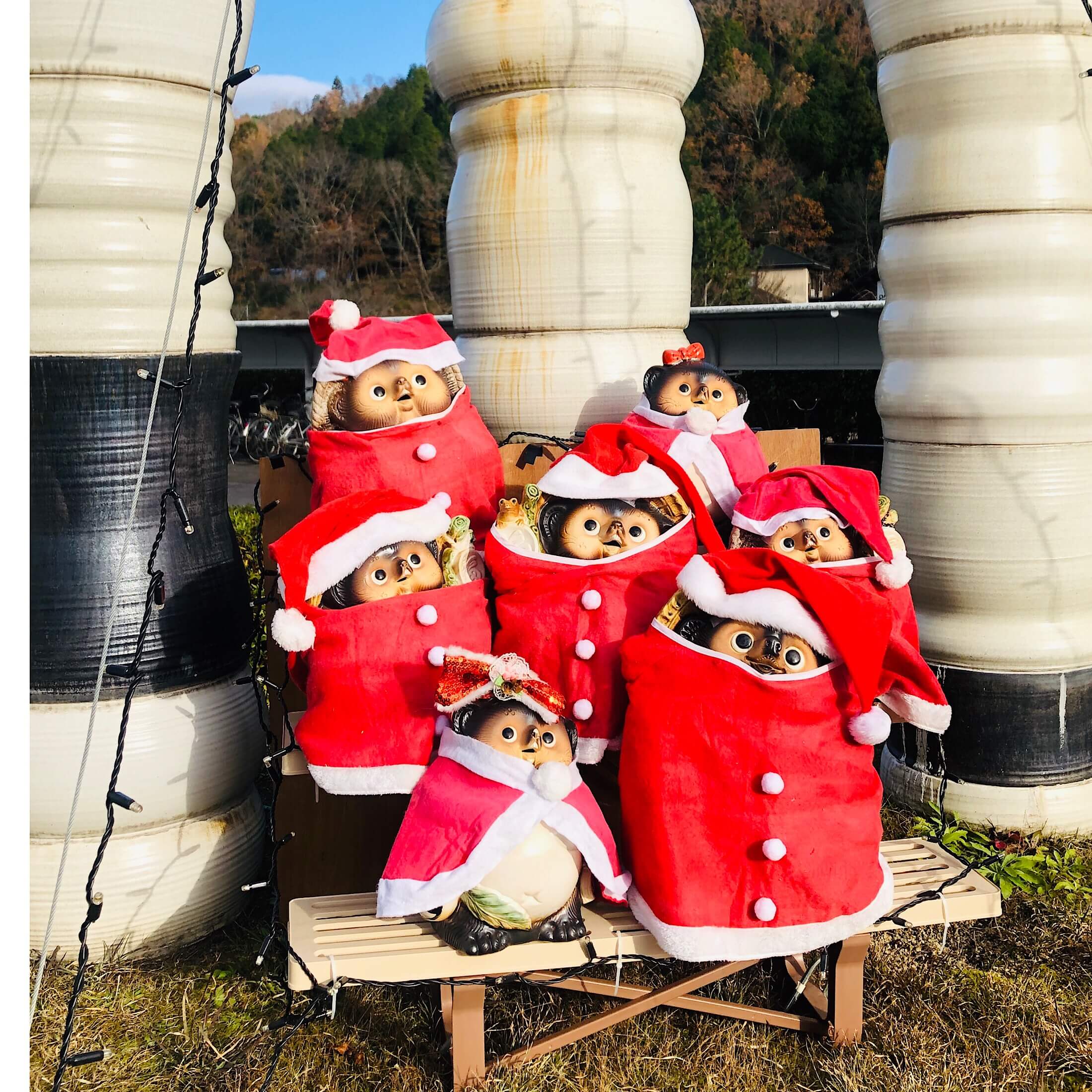 Where does the tanuki come from ??

Visit Shigaraki, a pottery village in Shiga prefecture, then you’ll find the place.

Shigaraki is taken as one of the oldest pottery villages in Japan.

The village is located in the south part of Shiga prefecture, which is east of Kyoto and famous for the biggest lake in Japan called Lake Biwa. This area once was designated to be the capital of Japan in 8th century, but after 4 years the palace was moved back to Nara.

The access from Osaka and Kyoto to Shigaraki is pretty easy.

Take JR train from Osaka / Kyoto to Kibukawa and from there Shigaraki Kogen Railway to Shigaraki.

From Osaka it takes about 2 hours and from Kyoto 1.5 hours.

When you arrive at Shigaraki station, a giant tanuki statue welcomes you at the exit (he changes the costume in every season). 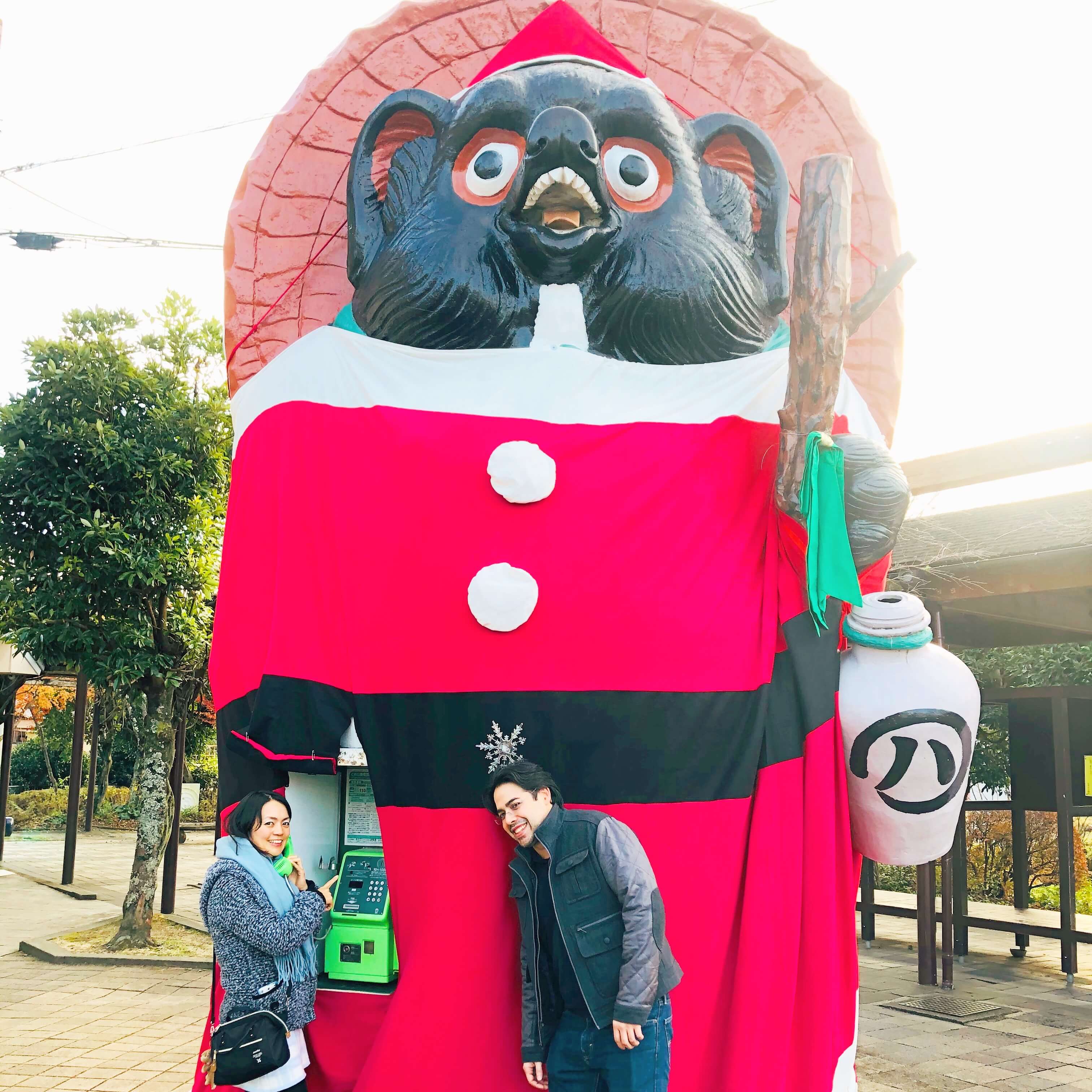 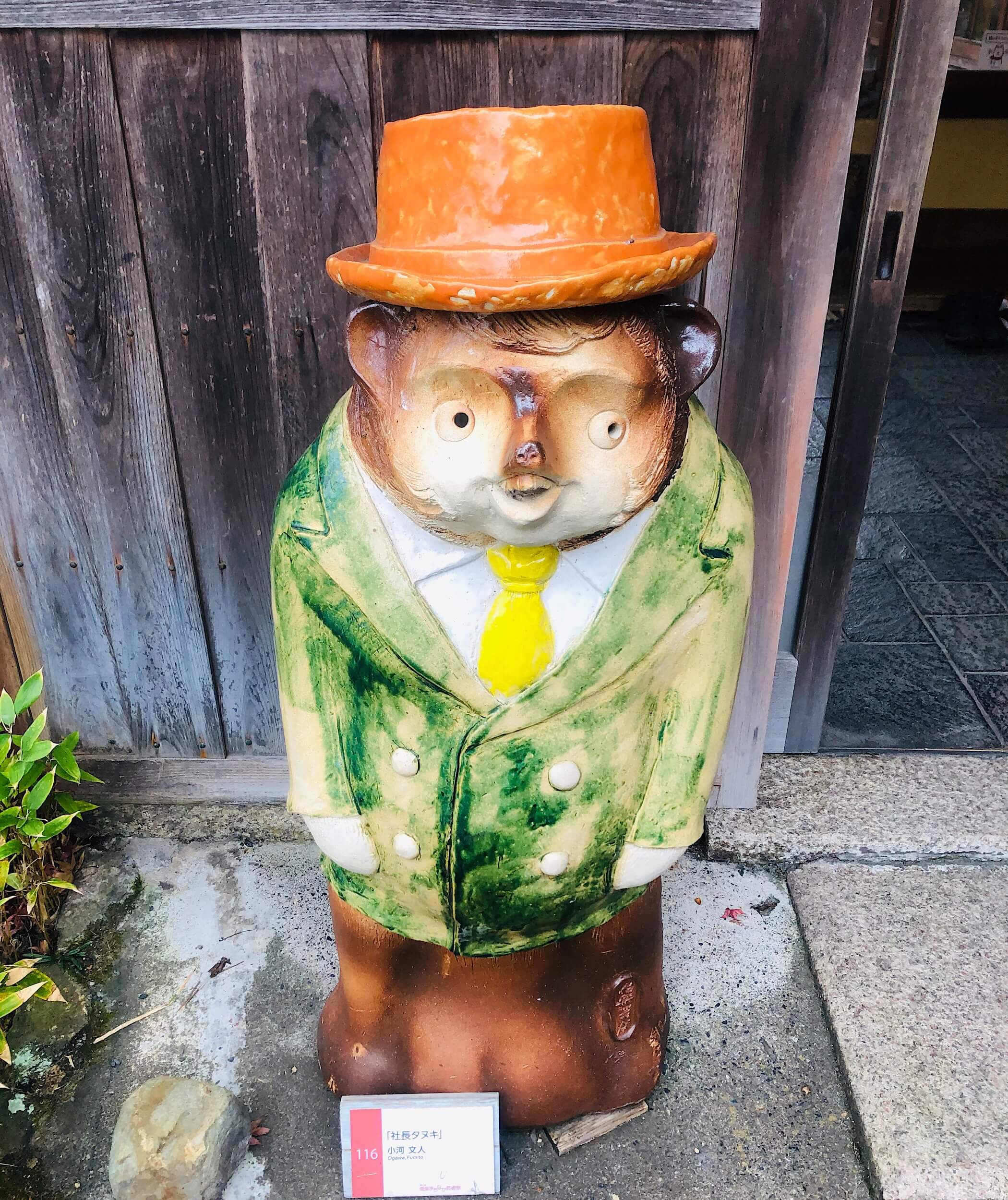 The clay of Shigaraki makes good quality pottery with fireproof and plasticity, and is good for making something large. So various products are made here, not only bowls and plates but also a brazier called hibachi and statues.

Tanuki statue is one of the Shigaraki pottery works.

Shigaraki tanuki is said to have 8 features which are related to different lucks, such as big belly for calmness and boldness and bamboo hat for avoiding unexpected disasters etc…

It’s not only at the station but everywhere you explore the village, you’ll see millions of tanuki statues. 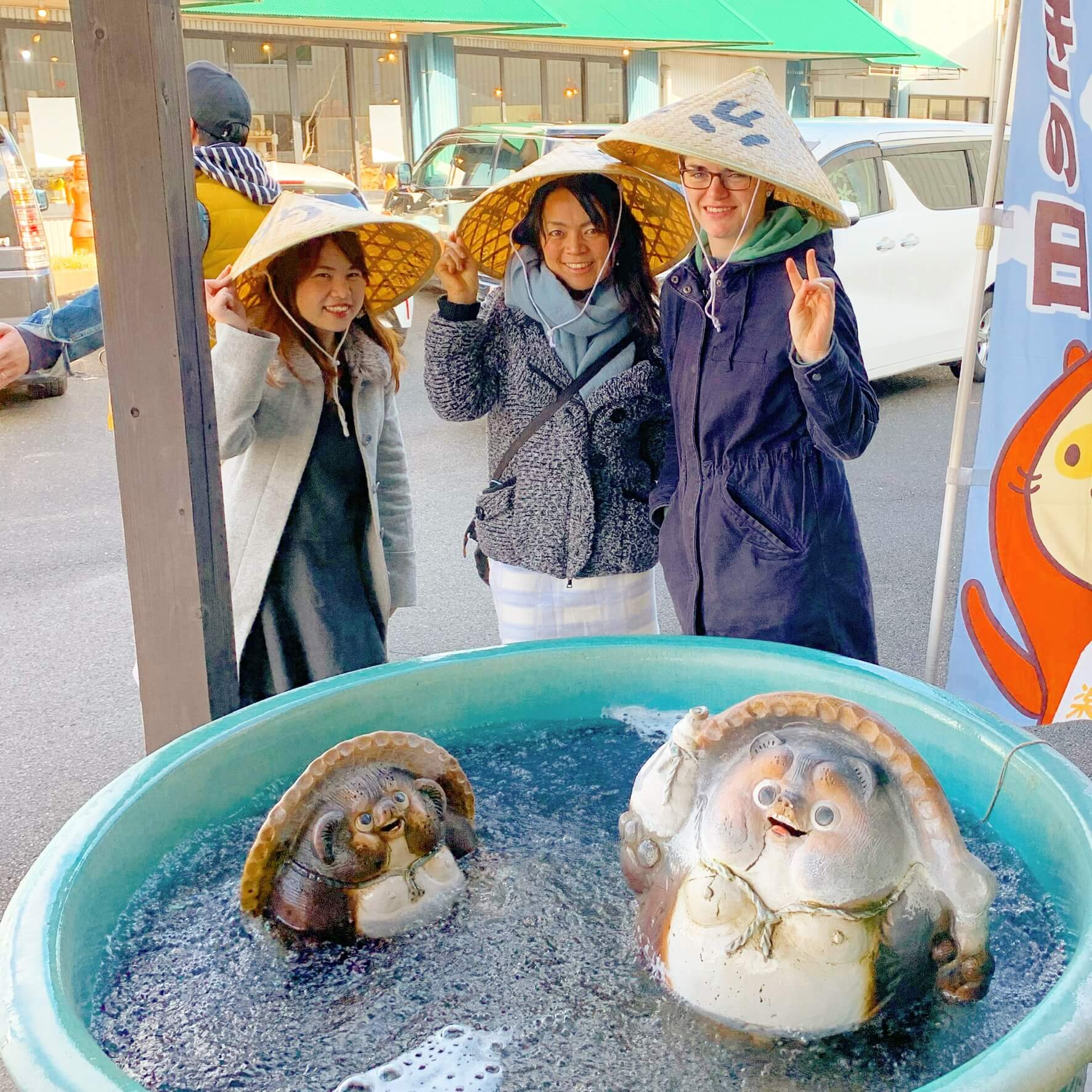 3. Get a pottery in Shigaraki

As you visit the pottery village, getting a couple of pottery is a must thing to do.

What they have is really wide-ranged, from a small cup and chopstick stand to vase and basin. 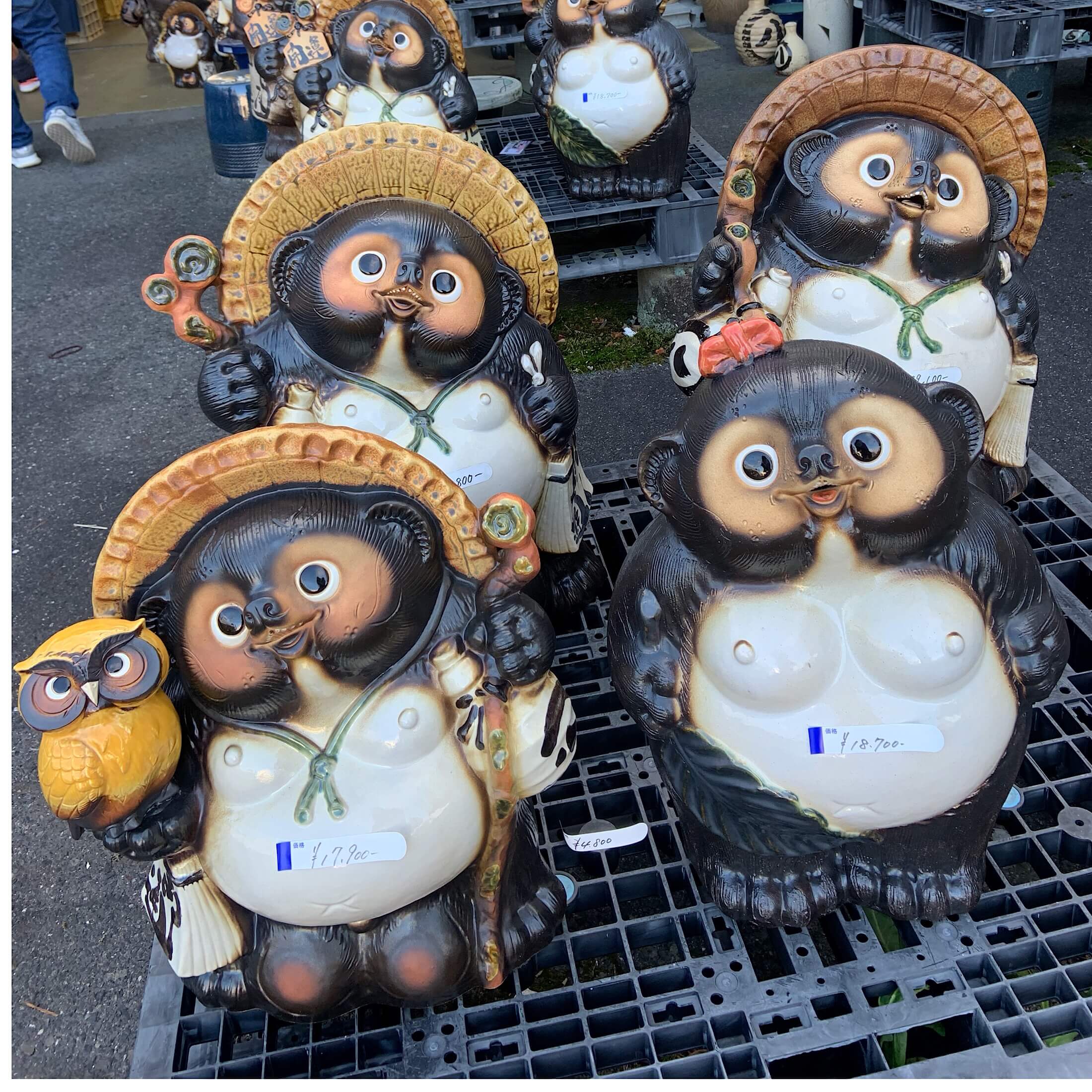 Of course various sizes of tanuki are waiting for you to be taken back home, and if tanuki is not your type, frogs and owls also bring good luck to you.

You also have a chance to make pottery as there are several pottery classes open everyday.

If you think it’s too hard to make a pottery, there is a class to just paint a pottery.

You choose one pottery such as a plate or cup or tanuki statue, and paint it as you like ! 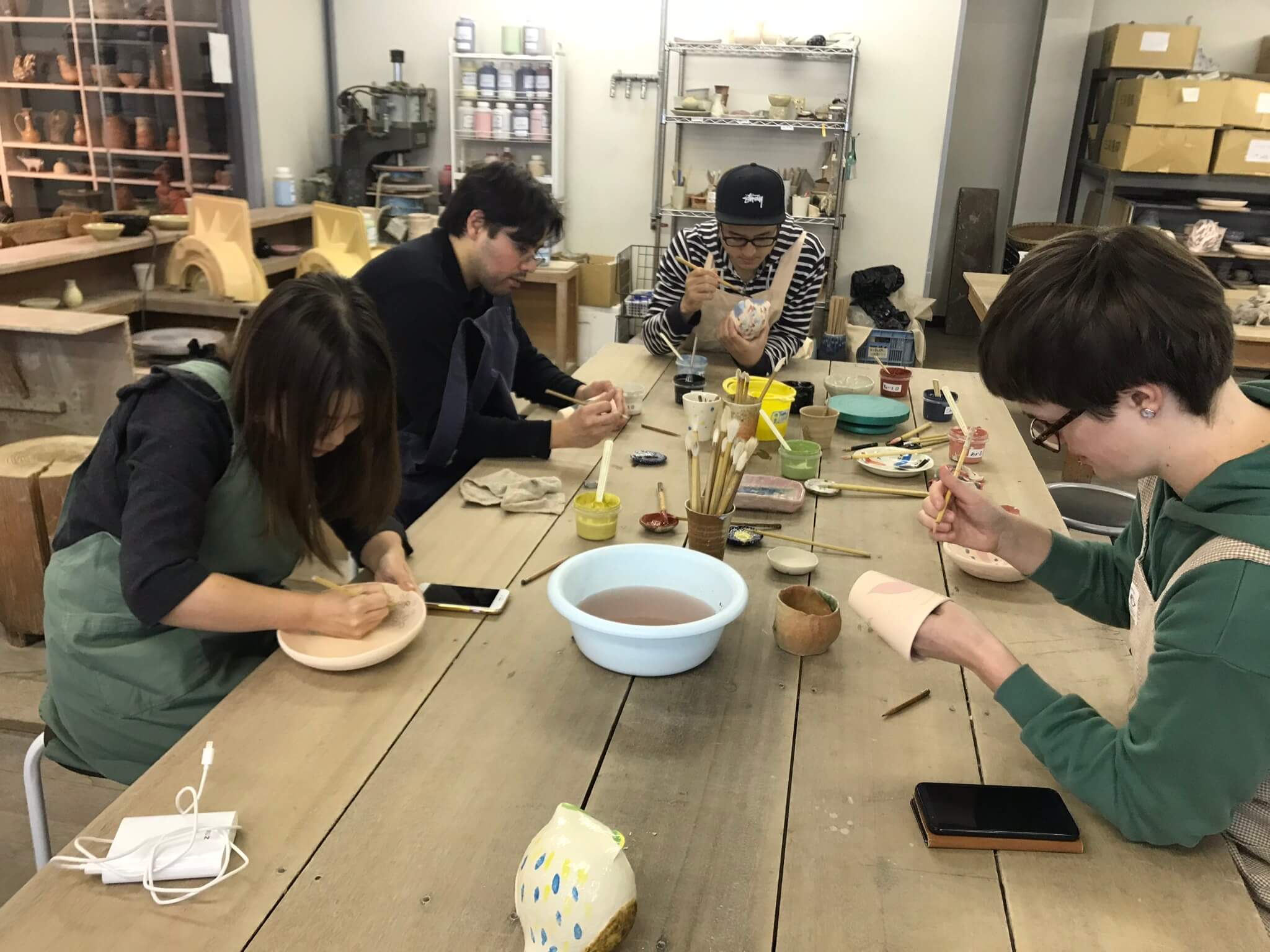 Just keep it in mind that you must wait a couple of months to get what you make as they need to get dry and be baked in a kiln.

There is a cafe which was renovated from a huge kiln and you can chill out there as well.

Onsen and a farm with tasty ice creams offer you some more things to do ! 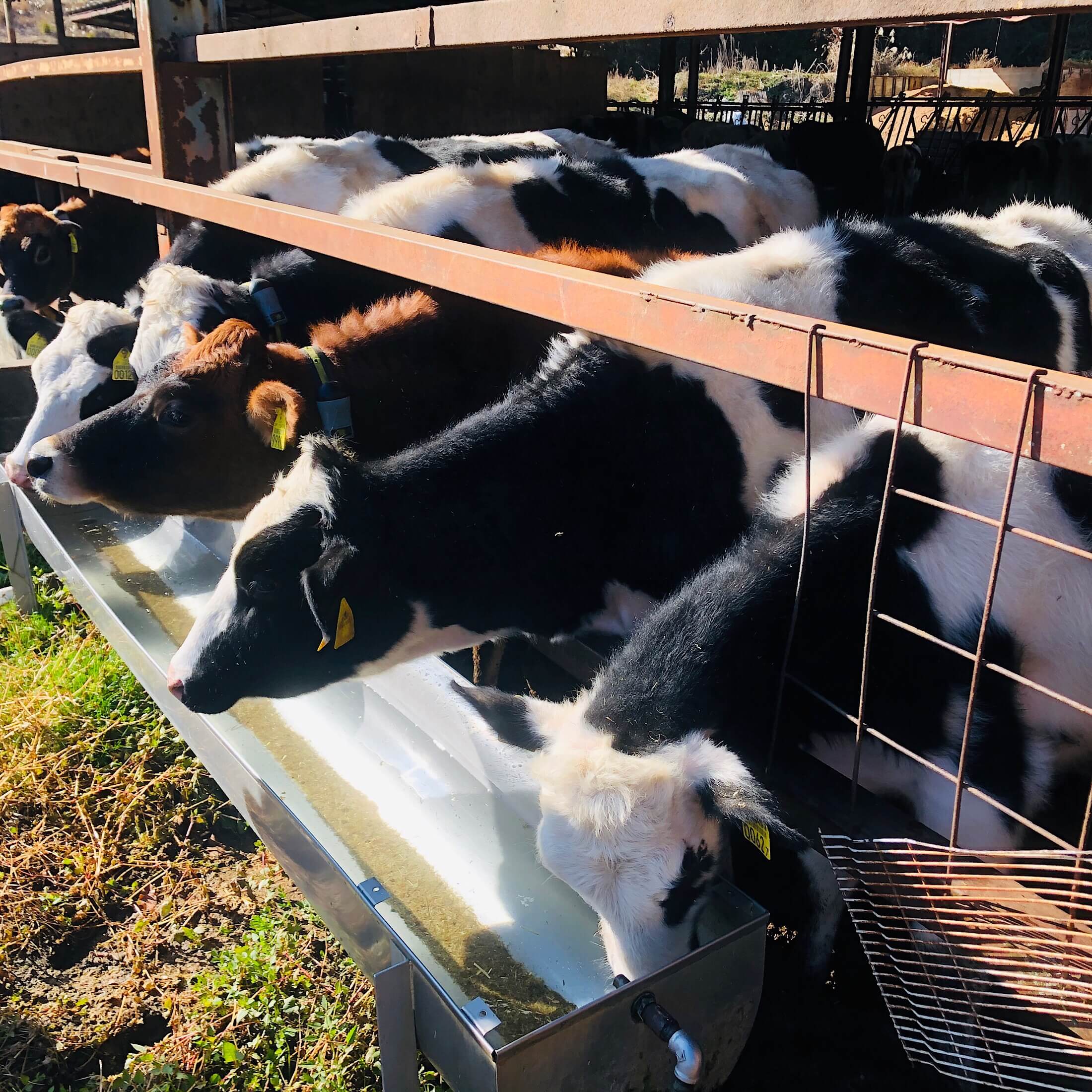 No problem, some nice ryokans with onsen are also here for you. 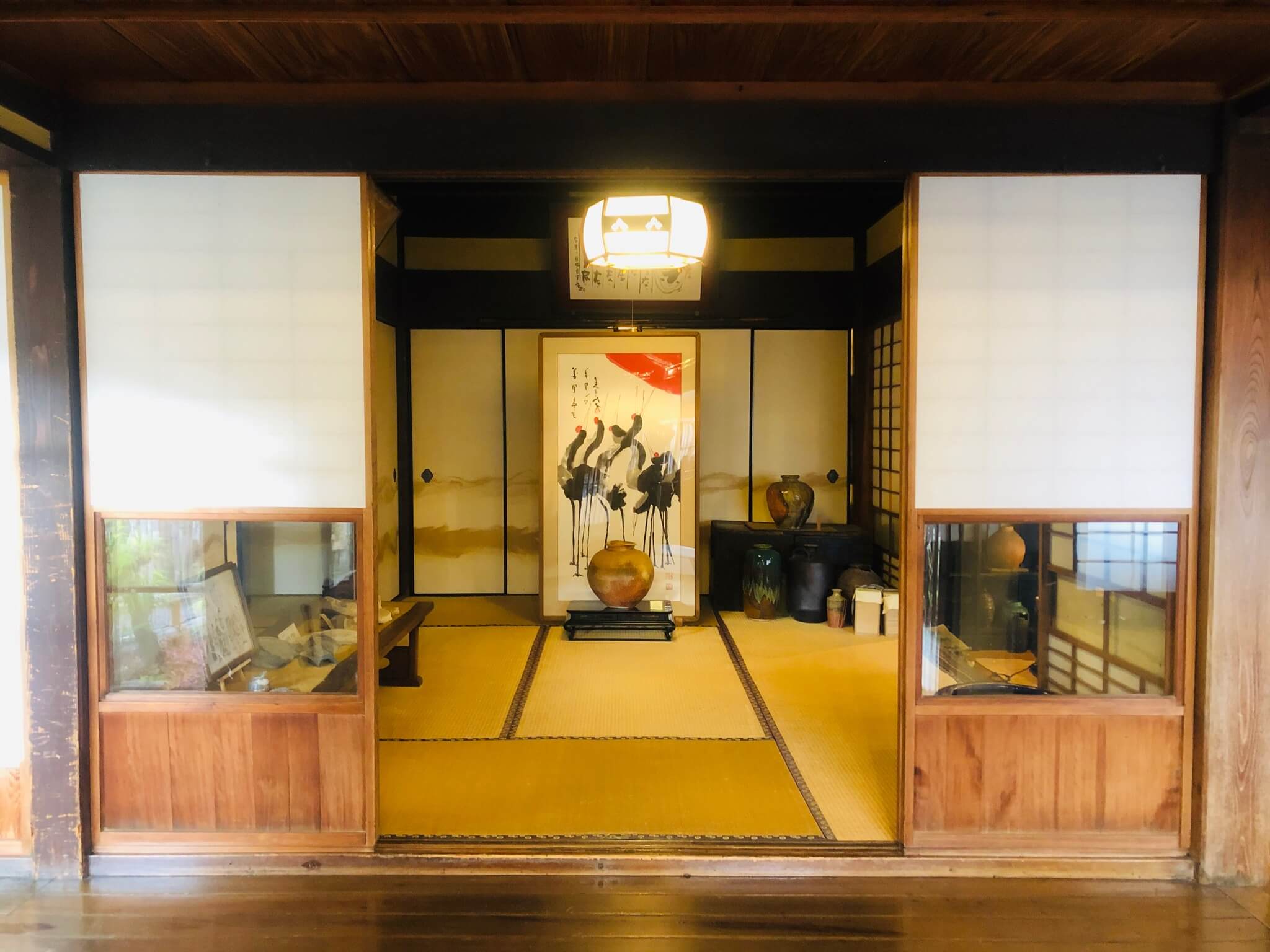 Shigaraki village is an ideal place to find a good pottery as well as scenery of countryside in Japan, and once you want to get away from a city trip, just hop on train to meet tanuki in the village !

Travelogue: Himi -a City of Life with the Sea and Fishing

Utsukushigahara – one of the top 100 mountains in Japan-

This website uses cookies to improve your experience while you navigate through the website. Out of these cookies, the cookies that are categorized as necessary are stored on your browser as they are essential for the working of basic functionalities of the website. We also use third-party cookies that help us analyze and understand how you use this website. These cookies will be stored in your browser only with your consent. You also have the option to opt-out of these cookies. But opting out of some of these cookies may have an effect on your browsing experience.
Necessary 常に有効
Necessary cookies are absolutely essential for the website to function properly. This category only includes cookies that ensures basic functionalities and security features of the website. These cookies do not store any personal information.
Non-necessary
Any cookies that may not be particularly necessary for the website to function and is used specifically to collect user personal data via analytics, ads, other embedded contents are termed as non-necessary cookies. It is mandatory to procure user consent prior to running these cookies on your website.
SAVE & ACCEPT